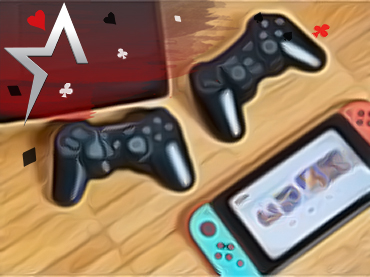 The video game platform wars are heating up, with gamers able to access a number of titles

2022 is upon us, so it’s a good time to take a look at everything that’s coming up in the next year. January, especially, is a month full of surprises where different platforms are dedicated to announcing a lot of releases and major news about what is coming soon, and to the good fortune of many gamers, there are titles that come free of any cost.

There is no doubt that the biggest releases this month are ports for new generation consoles, so if you haven’t been able to catch up with last year’s titles, this month seems to be the ideal time to do so. Xbox Games With Gold is bringing free games for this month and gamers should quickly get them on the list. NeuroVoider and its charming 16-bit visual style is a shooter in which you have to fight evil robots from a bird’s eye view, somewhat reminiscent of the classic Zelda games. It’s free to purchase and is expected to be released any day this month.

Aground is another title that is expected to be released between January 16 and February 15. The developers gave a special focus to the game’s crafting and resource management. The idea is that as a shipwrecked passenger, you will be able to survive and possibly thrive in your new environment.

PlayStation Plus users have not been left behind either, as Sony’s developers have decided to bring some titles that are also free. For PlayStation 5 specifically, Deep Rock Galactic and Dirt 5 were released on January 4.

The former is based on a first-person co-op experience in which you and your friends team up as a team of space dwarves tasked with mining minerals while fighting off advancing hostile aliens. On the other hand, Dirt 5 is especially for off-road racing enthusiasts. The game offers multiple methods ranging from rallycross to dirt tracks on five continents.