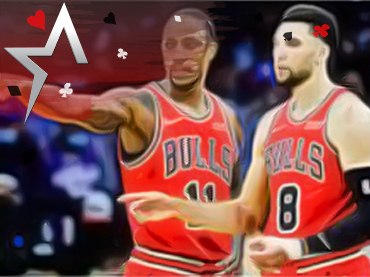 The fortunes of two NBA teams are starting to come into focus with the return of superstars to the Brooklyn Nets and Golden State Warriors.

Point guard Kyrie Irving returned to Brooklyn last Wednesday and has played in two road games, averaging 22 PPG over 36 minutes per game. The point guard is only allowed to play in road contests since he’s unvaccinated, and no one knows how his situation will eventually play out in the playoffs. Still, the Nets (+365) have held onto the top spot in the NBA title odds at the Americas Cardroom sportsbook.

Golden State’s Klay Thompson also returned last Sunday against Cleveland, scoring 17 points in 20 minutes in the 96-82 home win. He had last played in the 2019 Finals. The game was soured somewhat when Draymond Green injured his calf during warmups. Golden State is currently +375 in the title odds, just slightly behind the Nets.

Green did not play in the Warriors 116-108 road loss at Memphis last (Tuesday) night. Thompson had 14 points in 20 minutes again. Golden State was led by his ‘Splash Brother” teammate, Stephen Curry who had 27 points.

Take a look at the NBA title favorites below, with last week’s odds in parenthesis. To see all the odds in the sportsbook, just click on ‘sports’ in the poker client.