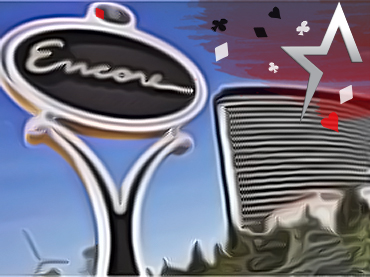 The Massachusetts Gaming Commission (MGC) released a report Tuesday showing that revenues generated by Massachusetts casino gaming peaked last month. The news comes after seeing how the combined Plainridge Park Casino was able to generate just under $100 million in December, a figure that has never been seen before. As part of the tax rate, the state has also benefited quite a bit, as it has a $26.5 million share of that green figure.

The exact figure produced in December is $95.65 million, of which Encore Boston Harbor was responsible for earning $62.4 million, just over two-thirds of the total amount. Things were pretty good for Wynn Resorts’ Everett casino, as well. After opening its doors in mid-2019, December is now its second-best month in terms of revenue, followed by October 2021’s $62.8 million total.

MGM’s table games, including the only legal poker tables in the entire Bay State, were able to report $5.53 million in revenue last month. Since the pandemic hit the state, this is the second time it has produced more than $5 million in a month.

The nearly $100 million produced in monthly gaming revenue in December means the state would be receiving about $26.56 million in tax and fee revenue. Both MGM and Encore are each taxed at a rate of 25% of gross gaming revenue.

In October, the state’s casinos broke their own record set in July, generating a combined revenue of $95.98 million. At that time, Encore was the main driver behind that peak, as it reached the $60 million mark for the first time and brought in $62.8 million for the month, approximately 65% of the statewide total.