How to play weak Aces in Texas Hold ’em 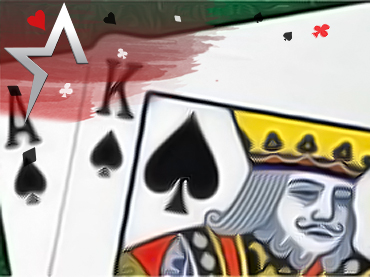 In Texas Hold ’em, it really doesn’t matter what kind of player you are; there will always be little bumps in the road that you have to work extra hard to overcome successfully. One of these bumps could be the “weak aces,” which are cards that are among the most problematic starting hands to develop a proper game. In poker parlance, these hands could also be described as “ace-rags” but either way, it’s important to know how to play them so you don’t get off on the wrong foot in a night of Texas Hold ’em.

Needless to say, weak aces that are not of the same suit are less attractive starting hands to play than aces of the same suit. Whether you play virtually or live, you will always run into more than one player who places extra value on these types of weak hands, and as a result, they usually end up doing very poorly.

Usually, you will want to get rid of weak aces before the flop by opening the action from an early position. However, being able to walk away from weak aces is part of the problem posed by these “problem hands.”

Still, there are a couple of scenarios in which weak aces become more attractive to play. For both, think “short,” such as shortstacked and shorthanded.

When you’re short of chips in a tournament, open shoving with a weak ace hand is usually not a bad decision. In the event that you are even, you will at least be a slight favorite against any unpaired hand that does not contain an ace. In fact, in a case like this, you will get at least some equity against any hand that is not a pair of aces.