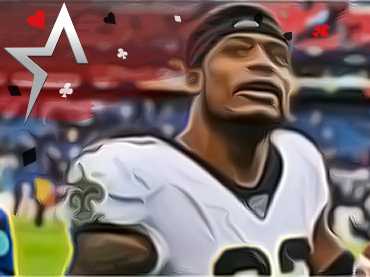 The defensive tackle will pay over $15,000 for hit against Falcons QB Matt Ryan

It is now clear that the 2021 season has become history for the New Orleans Saints after a combination of results did not go their way. However, one player still has to deal with the ramifications of the win over the Atlanta Falcons, the last game to say goodbye. According to a recent report, defensive tackle David Onyemata was fined for one of his hits and will now be held accountable monetarily.

According to the report, Onyemata’s roughing the passer penalty against Falcons QB has caused him to incur a $15,450 fine. The play specifically happened in the first quarter, when Onyemata made a (seemingly extra) effort on Falcons QB Matt Ryan. While Ryan was able to get the pass off, Onyemata took him down awkwardly at the knees, causing the foul to become apparent.

During the 2021 season, Onyemata didn’t incur any other fines and has the power to appeal this one if he so chooses. It should be noted that the monies from the fines do not go directly to the NFL. Both the league and the NFLPA donate fine money through the NFL Foundation to the NFL Player Care Foundation and the Players Assistance Trust of the Gene Upshaw Players Association.

Onyemata now has the responsibility to take care of this situation as soon as possible. Whether he decides to pay or appeal, it is certainly an experience that might make him think twice the next time he decides to go in for the kill.

The New Orleans Saints have another new coach
21 mins

Even good Texas Hold’em players lose sometimes, but this can be avoided
25 mins