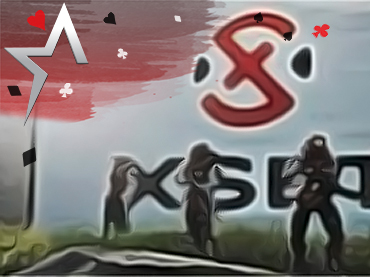 The Halo Championship Series has a new competitor in XSET

XSET, the eSports organization, has officially entered the Halo Championship Series (HCS) after a record first two weeks of the Halo Infinite season. The HCS witnessed more than 400 teams register to start the season before a record 512 teams signed up to compete in the second qualifier. As a result, organizations have begun to take note, and XSET seems to be one of those teams. That is why yesterday, the famed organization released its full roster ahead of this week’s HCS Qualifiers, where teams will compete for an all-expenses-paid trip to the Raleigh Launch Major this month. Team Crowd Pleasers appears to have been the choice XSET is betting on.

The team, formerly known as Crowd Pleasers, agreed to compete under the XSET banner in the future. That team consists of Oliver “FilthyG” Gerlach, Carlos “Cratos” Ayala, Ayden “Suspector” Hill, PorkyJ, and coach Breezy. The four players and their coach have competed in the first two HCS Qualifiers, making consecutive finishes from 9th to 12th, losing only to teams such as FaZe Clan and Cloud9.

Cratos and Suspector have worked closely since 2015, and XSET could be seen as the next step in their journey as a duo. Cratos, speaking about his relationship with Suspector, said, “We’ve had teammates say to us before that we only play for each other because our teamwork is so good.” While Suspector, on the other hand, added, “We want to just be the best team we can be and get better; otherwise, we wouldn’t still be here together. So, we just know whatever we say is genuine and for the team.”

It was clear that for a while, the XSET roster really didn’t hold out much hope for the future of Halo. Times were not easy for most Halo players during the delay of Halo Infinite, and Crowd Pleasers, now XSET, was no exception to the case. Now that Infinite is here, everyone seems to want a piece of the pie and XSET is making sure they can take their slice home.