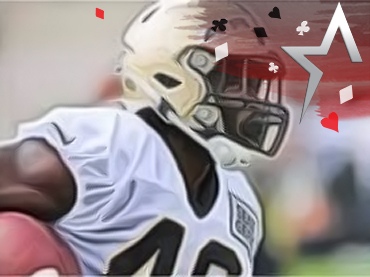 Some recent moves have been made by the New Orleans Saints after it was announced that two days ago, the team released fullback Alex Armah and wide receiver Kevin White. Although both players are veterans, they are in need of clearing waivers to become free agents and thus be beyond the trade deadline.

During this recent season, White has only appeared in five games (one start), recording one pass for 38 total yards. Armah, on the other hand, has been more involved, appearing in n nine games for the Saints and tallying five carries for 21 yards and one catch for a one-yard touchdown. Although he was available, last Thursday, the Saints decided to use Adam Prentice to face the Buffalo Bills.

While perhaps a bit of a tall order, the Saints now have two open roster spots they can fill before today’s game against the Dallas Cowboys kicks off.

Both Armah and White were at Tuesday’s practice before they were suspended. In addition to this news, it was also reported that the Saints lost defensive end, Montravius Adams, from the practice squad to the Pittsburgh Steelers. The Steelers reportedly signed the player to their active roster earlier in the week, and the transaction became official Tuesday afternoon.

The Saints are currently fine-tuning the final details to host the Cowboys, hoping to end once and for all the streak of four consecutive games in which they have not been able to celebrate a victory. Coach Sean Payton has made it clear that he is learning from past experiences and making the necessary adjustments so that the team can shine again.