Taysom Hill proves himself for the New Orleans Saints despite loss 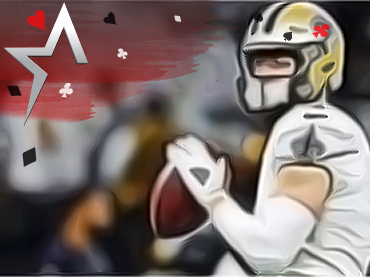 While the New Orleans Saints may have had a glimmer of hope yesterday thanks to the quickness shown by Taysom Hill, the team simply could not get back on track for a positive result. It all seemed to spiral out of control when he threw three interceptions for four total in an implosion in the fourth quarter, paving the way for the Dallas Cowboys to go home with a 27-17 victory.

This has been the worst losing streak the New Orleans Saints have had since the Sean Payton era began. Five consecutive losses are something that neither the fans nor the players have been accustomed to, but it is becoming a reality this season. Although the Saints now have nine days off to prepare more adequately for a visit to the New York Jets in Week 14, their playoff hopes have faded with the recent results. Perhaps the only positive is that by then, offensive stars such as Alvin Kamara, Terron Armstead, and Ryan Ramczyk could be seen back on the field.

Still, it’s virtually impossible to expect a miracle finish after seeing how the Saints have been regressing at an extremely rapid pace over the past five weeks. Hill in this one came on as the starting QB, and things looked relatively close in the game that took place last night, but once the team was forced to play catch-up in the fourth quarter, everything seemed to fall apart. “I feel like we did some things really well tonight, and then we did some things really poorly,” Hill said.

Slow starts have been a major issue for the New Orleans offense this season, regardless of the quarterback.

Poker betting platform PokerShares to shut down in 2022
32 mins