Red-hot Warriors and Suns meet in the desert 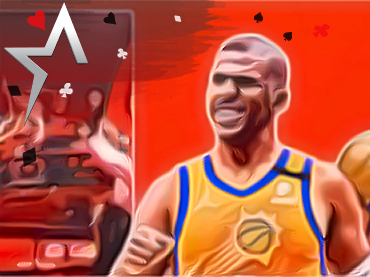 The two hottest teams in the NBA, the Phoenix Suns and Golden State Warriors, meet in the desert in a huge Western Conference battle on Tuesday night. This is the first battle between the teams this year, with the pair also meeting in San Fran this Friday.

Tonight’s tip-off will come at 10pm ET and be broadcast on TNT. The odds at the Americas Cardroom sportsbook have Phoenix as a 2.5-point home favorite and a total of 222.5.

Phoenix (17-3) has the second-best record in the league and is on an incredible 16-game winning streak. The team is 10-6 ATS during this streak, but just 3-5 ATS in their last eight.

Looking at the title favorites below, Golden State (+405) is now on the heels of Brooklyn (+333) for the top spot. Phoenix (+850) has also made a jump but perhaps not as much as most pundits might have thought. The Lakers (+965) have taken a step back with the team just .500 through the first 22 games.