Man on parole robs woman he followed from casino 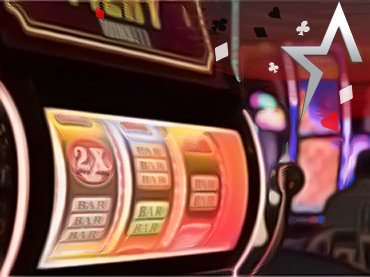 A man on parole seems not to have understood that second chances should be taken after he reportedly followed a woman who was in a casino to rob her belongings by threatening her with a gun. The Davenport, IA, man was serving his parole until 2027, and the consequences of his latest transgression may now be much worse.

Kalandis Rashird McNeil Sr., 34, had been tailing a woman who was at the Rhythm City Casino. When she decided to go home, McNeil followed her to steal her belongings. He is now being charged with one count of first-degree robbery. According to Iowa law, the charge is considered a Class B felony. This, in simple terms, means that he receives an automatic prison sentence of 25 years, 70% of which, or 17 and a half years, must be served before he is eligible for parole, an opportunity that was clearly squandered on this occasion.

McNeil saw the victim cashing in a voucher for money at the casino, and that is when he decided she was viable prey. This was indicated through the arrest affidavit filed by Bettendorf Police Officer Matt Broders. Surveillance video shows McNeil following the woman out of the casino to her vehicle. He subsequently followed her for more than three miles until she arrived at her home.

Armed with a handgun, McNeil got out of his car and pointed the gun at the victim’s head, and said, “Give me that.” He took a shopping bag containing a jacket valued at about $60; however, none of the casino winnings were in there. After being apprehended by police hours later, McNeil was booked into the Rock Island County Jail last night.

Poker betting platform PokerShares to shut down in 2022
30 mins