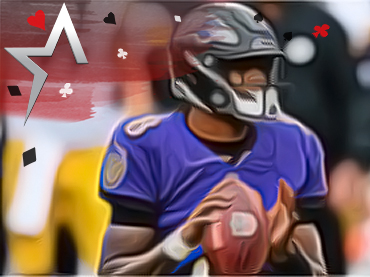 If you like road favorites, then you’re gonna love the early action of Week 13 of the NFL season!

The road team is the favorite in six of the eight combined games on Thursday and the early 1pm ET Sunday window (10am on the West Coast). The only two home teams that are favored are the Dolphins (-5) vs. the Giants and Cincy (-3) vs. the L.A. Chargers.

The odds at the Americas Cardroom sportsbook then swing the other way for the remaining six games, with the home team favored in four, including Buffalo (-2.5) vs New England on Monday Night Football.

Note there are 14 games on the schedule with four teams (Cleveland, Green Bay, Tennessee, Carolina) on a bye-week. There are a lot of significant injuries among those teams, including quarterbacks Baker Mayfield and Aaron Rodgers, so those squads are likely happy for the break.

Take a look at all the Week 13 odds below. To see the rest of the sportsbook, just click on ‘Sports’ in the poker client.