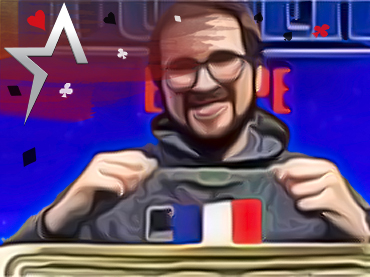 Martini makes history as he represents the French poker community

November 29th has undoubtedly been marked as a historic milestone for the French poker community after seeing a representative of the country become the first player to win three World Series of Poker (WSOP) gold bracelets. After a wonderful performance, Frenchman Julien Martini was able to take down the €2.50 buy-in short stack event and earn his second gold bracelet. Yesterday, three days after that important victory, the professional player was again crowned champion of the €2,000 eight-game mixed event in the same series to set a new record based on his nationality.

More than 60 entries were overcome by Martini to secure this latest victory, leaving even high-stakes German player and recent bracelet winner Ole Schemion behind in heads-up play to rise from the table as the top leader. Other players from France, such as Bertrand’ ElkY’ Grospellier and Roger Hairabedian, also had a chance to take the same honor (as both also have two bracelets), but it was Martini who prevailed to become France’s all-time bracelet leader.

“To have one more bracelet than these two legends is very, very special,” he told PokerNews’ live reporters after coming out on top.

In addition to this great career recognition, Martini also took home a total of $37,979 and 144 Card Player of the Year points for the win. With this addition, he now ranks 293rd in the standings for the 2021 POY Race, sponsored by Global Poker.

Martini’s performance was undoubtedly outstanding, and although he had too many highly competitive opponents, none of them could reach his level of play at the end of the day.