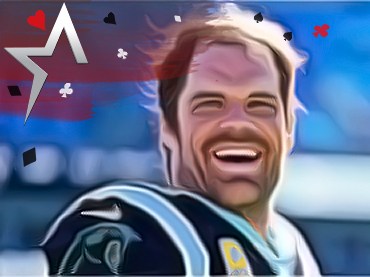 Kenny Vaccaro is going after a Halo Championship with Gamers First

Sometimes people find a passion after spending a lifetime doing what they have long loved. Something like that is happening with Kenny Vaccaro, who has decided to retire from the NFL to focus on his eSports organization and pursue a Halo Championship. There is no doubt that the competitive Halo scene gained some intense competition two days ago when the former NFL safety retired from professional football to give his Gamers First (G1 Esports) organization a higher profile.

An eight-year NFL veteran, Vaccaro was taken 15th overall in the 2013 Draft by the New Orleans Saints. He subsequently spent four years on the Bayou before signing with the Tennessee Titans in 2018. Three years later, the NFL safety decided to take a step back in favor of his passion, eSports. He has said his intention is to provide support as G1’s Halo Infinite team hopes to rise through the ranks and take home a title. He is aware that if his mind is focused on the NFL, he will not be able to give enough attention to his organization to achieve this goal.

First reported by NFL Network’s Ian Rapport, the former Pro Football Weekly All-American during his final season with the Texas Longhorns announced the official launch of his eSports organization known as G1 Esports through a press release. The former professional athlete partnered with entrepreneurs Cody Hendrix and Hunter Swennson to make this dream a reality and end his football career.

“This isn’t a reflex decision for me; it’s something I’ve thought about for a long time,” Vaccaro said. “I’ve been a gamer for even longer than I’ve played football, and I’ve always thought of myself as a gamer first. So this is the realization of a long-term dream for me. And while football has been how many have defined me, G1 is evidence for other athletes as well that life doesn’t end just because you put down the helmet. You can reinvent yourself.”