Delaware casinos had a good October 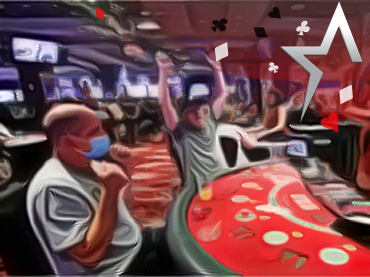 The figures are in for Delaware’s casinos for October, showing almost $1 million in revenue

Having recorded a total of $930,093 in revenue, October now stands as the second-best month of the entire year for real money online casino operators in Delaware. It seems that the massive turnover recorded two months ago was enough for the industry to see astronomical increases, which is always welcome for all stakeholders.

During September, the state received $794,644 in iGaming revenues, which means that the figure increased by a total of 17%. In the month of October, iGaming control of $25,455,375, down 2.0% from September’s $25,969,647. Undoubtedly the standout casino was Delaware Park, which was able to lead the race in both management and revenue for iGaming in October. The Wilmington facility, in addition to taking in more than $10.2 million in the handle also generated just under $391,000 in revenue,

Delaware, thanks to these three online casino operators, becomes one of only six states nationwide states where residents have the option of iGaming. The other five states are Connecticut, Michigan, Pennsylvania, New Jersey, and West Virginia.

The number of sports betting in Delaware exceeded $22 million, a performance that had not been seen for approximately three years. Many experts have said that the increase in overall sports betting revenues in October was due to the fact that it was a month that featured five NFL Sundays and five college football Saturdays. This sport, apart from being one of the most famous nationally, attracts a large amount of betting in different states.

Poker betting platform PokerShares to shut down in 2022
30 mins