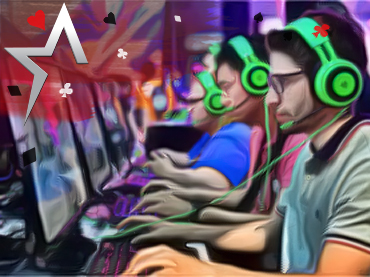 Gamers are clear that their love for video games is unconditional, so much so that they consider it as a way to release the stress acquired after an exhausting day. However, when in addition to doing what you are passionate about, you are also receiving a monetary reward, the experience undoubtedly goes up a notch. This is precisely what is happening after it was announced that a video game developer, David Hernandez, is launching a game that pays users as they play.

Hernandez is doing everything he can to make this a pipe dream soon to become a reality. His new game, Sword of the Magi, will be available on mobile devices or desktop computers. It will allow gamers to have a good time while also inflating their pockets. “Just like any other game, you’ll have to go through and play, earn experience points and rewards,” Hernandez said. “That allows you to earn the currency.”

The game’s design is not at all extravagant. In fact, Hernandez describes it as a cross between Final Fantasy and a little Legend of Zelda. Still, the cryptocurrency software is what’s catching the eye and undoubtedly changing the rules of the game. Hernandez’s intention is to give players 1,000 tokens for every hour played. While there are perhaps some other apps available on the market that allow you to earn money, the video game designer from Loveland, CO, claims this title is unique in that it has no upfront costs.

In order to understand how Hernandez makes money, he explained that he would do so as long as players choose to keep it in the game to use it as an expense, rather than charge it. December 11 is expected to be the date the game is being launched, and Hernandez said he already has more than 200 people signed up to give it a taste.