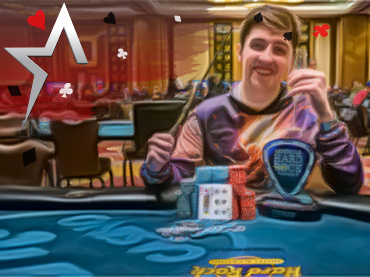 Just because the 2021 World Series of Poker (WSOP) is over doesn’t mean that the poker community has no more action to enjoy. Ali Imsirovic, as usual, once again proved himself a master at this famous table game, denying Bryan Kenney a title defense. Imsirovic’s power was undoubtedly more than evident at the Seminole RRPO $25K High Roller, which made him take home one more title for his huge collection.

The $25,500 High Roller Event, which ran from November 29-30, attracted just over 100 entries, offering a prize pool of $2,519,400. Giuseppe Iadisernia, Barry Hutter, Koray Aldemir, and Raul Martinez were among the top players who, although they were not able to make the final table, took home huge amounts of money in their pockets. Recent updates from the event indicated that after starting the final table as chip leader, Imsirovic was the last man standing. It was only necessary to defeat defending champion Kenney, who won this same tournament at the end of 2019 for $354,565.

The heads-up was started with Kenney having a chip lead of more than 2:1 over Imsirovic and, although it was quite deep, it didn’t really take long for the chips to finish. In an effort to take the chip lead, Imsirovic was able to double up with two queens over Kenney’s eight. However, the play was back and forth as Kenney had a chance to once again take the lead before Imsirovic launched a straight to do the same.

From there, the story began to tell itself, with Imsirovic climbing to the top of the mountain and eventually winning with king six against king two. “It feels great,” Imsirovic told Seminole reporters after the win. “I was in for four bullets in this thing and it was looking grim. To come out on top feels amazing.” The poker pro has proven once again that his skills are still intact, and that he has what it takes to come out on top whenever he wants.