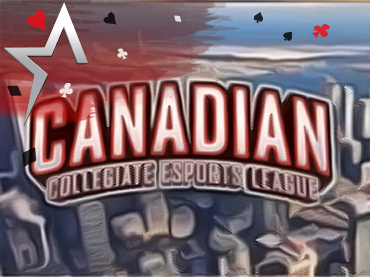 The eSports universe is starting to have more and more presence in countries like Canada, and not surprisingly, this space has undoubtedly had a boom that perhaps not many would have imagined in the past. A clear example of how the Canadian country is embracing this culture comes after learning that 12 universities have joined together to launch the Canadian Collegiate Esports League (CCEL), a unified body to carry out Canadian collegiate sports.

The idea behind this project, which involves a dozen university entities, is to offer different eSports opportunities, competitions, and scholarships to Canadian students who are considered lovers of this growing world of video games. The University of Victoria, the Northern Alberta Institute of Technology, the University of Windsor, and MacEwan University are some of the 12 student entities that are in charge of making this a reality.

As recently announced, the CCEL intends to organize various eSports events and competitions for students of a wide range of skill levels. The league is expected to kick off with a Forza Motorsport racing tournament, with many more competitions soon to be announced.

As if that wasn’t enough, the CCEL also indicated that it will be airing an official Canadian eSports broadcast channel called CCEL TV, where students and interested members of the public can find out what’s happening in the space. The channel will feature eSports content, a network of partners to offer continuous unique experiences, and innovative brands as sponsors.

“As a Canadian and eSports professional, I’m thrilled by Canada’s enthusiasm and determination to expand its eSports ecosystem,” said Bill Dever, CSO at Harena Data. The company has been charged with providing the eSports analytics and club management portal, GYO Score, that will be used for leagues and players to be managed.