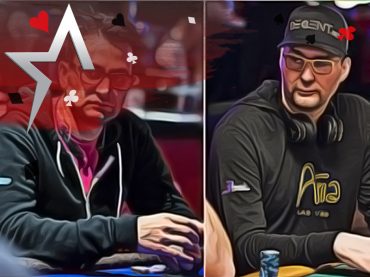 Antonio Esfandiari’s rematch, where he planned on defeating Phil Hellmuth, ended up with a second loss for him. After a turbulent battle as part of the new High Stakes Duel show on PokerGO, Hellmuth took home the $200,000 prize after being challenged to a second round of heads-up poker by his rival. This is the second time in a row that Hellmuth has defeated Esfandiari, and it was also the last one in this show, as the rules allow for only one rematch from the loser.

This new show on PokerGO brings the best poker players in the US to face each other, and every player who participates has to pay a $50,0000 buy-in. When, and if, the loser decides to ask for a rematch, the total buy-in can be doubled, if desired. If the loser decides not to ask for a rematch or simply drop out at some point, another contender can take the seat to compete for a chance to win the $12.8 million prize that is on the line at the end of the eighth round – the series is now just on Round 2.

The latest round completed by these two talented players was the second one. Esfandiari, who was hosted by Nick Schulman, seemed more confident that he would send Hellmuth home. “Ready to tie it up and see if he challenges me for Round 3,” said “The Magician” before the match. “When its poker, its war, and there is nobody I want to beat more except for maybe Phil Laak – they’re a very close first and second.”

On the other hand, Hellmuth went for a more respectful manner and he told Schulman that the show was definitely bringing the best of the best of poker talent. He added that “Esfandiari is ‘just an incredibly tough opponent – a bit unpredictable, aggressive and he’s a great player.”

Casinos in Deadwood, South Dakota, bounce back in October
9 hours

How to excel in Texas Hold’em tournaments
9 hours

Why Is Online Poker So Tough To Beat?
10 hours