A Beginner´s Guide to Buying, Selling, Using, and Mining Status:

It’s hard to imagine life without our smartphones. With each software update, we become increasingly attached to them. The operating systems have become much more involved, making everything streamlined and simpler to use.

One of the ways this has happened recently is through our messenger app. Now, operating systems are using messenger apps as gateways to other apps as well. For example, on iMessage you can access your music app, camera app and even games, all without ever leaving iMessage.

This is nothing new in the cryptocurrency world. And it’s exactly what one coin is doing to help bring cryptocurrency, specifically Ethereum, to the general public.

Status (SNT) is a mobile Ethereum (ETH) operating system. It’s a way to connect the Ethereum blockchain technology with its smart contract capabilities to our everyday life through the use of mobile devices. In other words, Status brings Ethereum’s decentralized web platform to our fingertips in the form of a smartphone app. Ethereum’s peer-to-peer network eliminates the need for a centralized agency that controls everything. It even eliminates the need for third party groups that handle things like transactions, data storage, etc. Status takes advantage of this by being an operating system where the technology of Ethereum can be put to use. It isn’t owned by one group, but instead is an open system operated on by its users.

Status, like Ethereum, is a cryptocurrency built on a blockchain. The definition of a cryptocurrency is a digital currency that is represented by a coin or token. The value for these coins isn’t determined by a bank or government, but simply by the supply and demand the public has placed on the coin. In that way cryptocurrencies like Status are truly free market currencies.

The coin itself is only one part of the cryptocurrency. The blockchain is what makes it all work. The blockchain is the account ledger which records all of the transactions that are made with the coin. Blockchains are extremely secure and built in sequential order of the transactions made. Like the currency itself, the blockchain isn’t operated by a centralized group, but instead is run on a peer to peer system. Status is a coin that is built upon an already existing blockchain, Ethereum. The web is full of helpful sites and videos that help define Status and Ethereum, like Reddit.

How Do I Buy Status?

In order to buy Status, you’ll first need to create an account with Myetherwallet, as this is the wallet that holds all of the coins on the Ethereum blockchain. Then you’ll access your wallet with the private key that was given to you when you first created an account. This will give you your personal wallet address, which is where the Status will be stored.

Next, you’ll need to use an exchange site like Coinbase or Cex.io to purchase Ethereum. After creating an account on the exchange site, select Ethereum as the coin you’d like to purchase, which can be bought with cash or with credit card.

The next step is to transfer the Ethereum into Status, which can be done on Changelly. In order to complete the transfer, you’ll need your wallet address from Myetherwallet. Once that transaction has taken place, Changelly will give you an address that you’ll enter back into your Coinbase account. You’ll finish the transaction here and send the coins to your Myetherwallet, where your SNT should appear within 30 minutes.

How Do I Turn Status Into Cash?

When you’re ready to sell, turning Status into cash is a pretty simple process and basically follows the above steps but in reverse. Changelly will allow you to convert your Status back into Ethereum. You’ll need your Myetherwallet address, along with your Coinbase address. From there, transfer the funds into your wallet. Now that Ethereum is in your wallet, you can use Coinbase to cashout and withdraw from cryptocurrency altogether and turn your Ethereum to USD. Finally, visit an ATM to receive your cash.

How To Use Status?

Not only are the ways to use Status endless, they’re also familiar. Status is designed for mobile devices, and contains a downloadable app, performing functions we already do on our smartphones everyday. For example, Status has an instant messenger system that allows you to send files and cryptocurrency payments easily and safely, without ever leaving the messenger app. The app also allows you to do everyday things, like pay for coffee and browse the web. Status can do all this and more because it’s not just a single app, but a gateway to other decentralized apps (DApps) that are also built on Ethereum.

Investing in Status is another way to use the coin. By purchasing Status and storing it in your wallet, you’re betting that the currency will increase in value and that you’ll be able to use it to make a profit. Also, Status can easily be traded for other cryptocurrencies, especially Ethereum and other coins on the Ethereum blockchain. By watching the exchange rate into these coins you’ll be able to know when the price is right to make the switch.

What Is Status Mining?

Mining a cryptocoin is when users across the globe help process the transactions by working or mining on the blockchain. Miners participate by validating the transactions, which work in blocks. When a block is successfully mined, it’s added to the blockchain. Mining has evolved over the years, but the basic process is still the same. It takes a high powered computer with a specialized calculator to mine a block. However, since SNT is a transactional coin on the Status network only, SNT cannot be mined in the traditional proof of work or proof of stake sense. Miners seeking SNT can, however, mine for ETH and then convert ETH into SNT via Changelly, Bittrex, or Shapeshift.

How To Mine Status?

While SNT cannot be mined in the traditional sense, Status can be used as an app on your phone, allowing you access to other DApps on the Ethereum blockchain. It can also be traded for on Changelly.

Ethereum miners are paid with Ether coins. The number of Ether per block mined has recently been reduced to three from five. As each successive block is mined, the miner can choose to move the earned ETH into the cryptocurrency of his choice.

How Will Status Scale?

The more a coin grows in popularity, the more transactions take place and mining occurs. This grows the market cap for the coin, as well as the number of transactions per second that the coin’s infrastructure can handle. As a coin’s popularity grows, so must its ability to handle the growth. This is called scaling. Because Status is built on the Ethereum blockchain, its ability to scale is linked with Ethereum’s. Ethereum’s ability to scale becomes even more important when you consider that the goal of Status is to bring Ethereum to the mass market, and thereby increase its popularity. Various online discussion boards are centered around Ethereum scaling now more than ever.

Status is a cryptocurrency in the form of an app for your phone. While its base function is an instant messenger app, it can do so much more. Status allows you the opportunity to live in and utilize the power of the cryptocurrency world, all from the ease of your smartphone. This app has some incredible value to it, no matter what the value chart for the coin says. 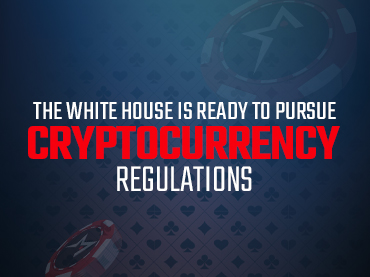 The White House is ready to pursue cryptocurrency regulations

The US government continues to work toward more oversight of crypto activity 2022 was undoubtedly a year of chaos for the cryptocurrency industry. Due to that behavior, the US government aims this year to tighten regulation on cryptocurrencies, through regulatory measures that, according to the White House, should be employed as soon as possible to […] 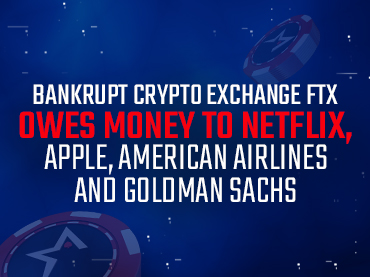 After months of speculation, FTX’s list of creditors is no longer a secret thanks to the release of a 116-page bankruptcy court document.  Although the names of people who are owed money have been redacted, the document features many high-profile corporate names. Some of the biggest names on the list include tech giants Apple, Meta […] 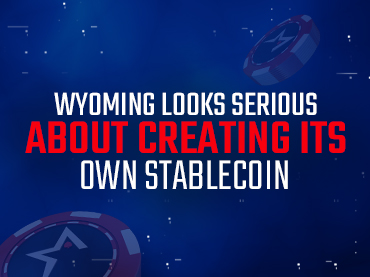 Wyoming looks serious about creating its own stablecoin

State lawmakers are working to make Wyoming the first state to have its own cryptocurrency The state of Wyoming is planning the final details to launch its own stablecoin in the coming months. This is a move that could happen if legislation proposed in Wyoming that was vetoed by Governor Mark Gordon last year is […]